How Can We Help You ?

Top 5 Functions of Work Gloves
1. Breathable. In order to avoid the sultry heat of wearing gloves, the surface material is a functional composite cloth composed of mesh cloth, Lycra cloth, three-layer cloth commonly known as sandwich mesh cloth, and three-layer cloth. Among them, Lycra has good elasticity and is the most widely used. The functional composite fabric consists of the outermost mesh fabric, the middle layer of waterproof and breathable membrane and the inner layer of brushed fabric.
2. Wipe sweat. It's made from terry cloth and is mainly used to wipe away sweat that affects vision, rather than wiping the entire face in a large area. Therefore, the terry cloth is generally designed at the thumb, which is convenient for the rider to wipe.
3. Shock absorption. The shock absorption effect of the glove lining is foam, EVA, memory foam, shock absorption gel (Gel). Professional-grade cycling gloves are often used with memory foam and shock-absorbing gels. It can be easily identified when purchasing: press the top of the cushion, the memory foam is the one with poor elasticity, the memory foam is the one that can bounce up slowly, and the shock absorbing gel is the one that has elasticity and sliding feeling. The memory foam is in the shape of a ring grip for a better grip on the handlebars of the bike. Slightly less shock-absorbing than shock-absorbing gel, but suitable for use as a road or recreational glove when riding on flat terrain. Off-road vehicles and extreme sports vehicles are better suited to use shock-absorbing rubber to prevent vibrations and provide support and protection when slipping.
4. Non-slip. The material attached to the main body is mostly used for the protruding part of the hand to make a fist. The less environmentally friendly but lower cost PVC was used earlier. Recently, it has been banned by developed countries. Therefore, it extends to the most common PU material, which is more expensive than PVC. Environmental friendly. In addition, there is silicone with a better anti-slip effect. Silica gel is more difficult to process and the production cost is high. Mostly used for advanced gloves and special gloves.
5. Material. Most are made of microfiber leather, which is highly abrasion-resistant and has a moderate hand fit, which is the largest part of the palm. 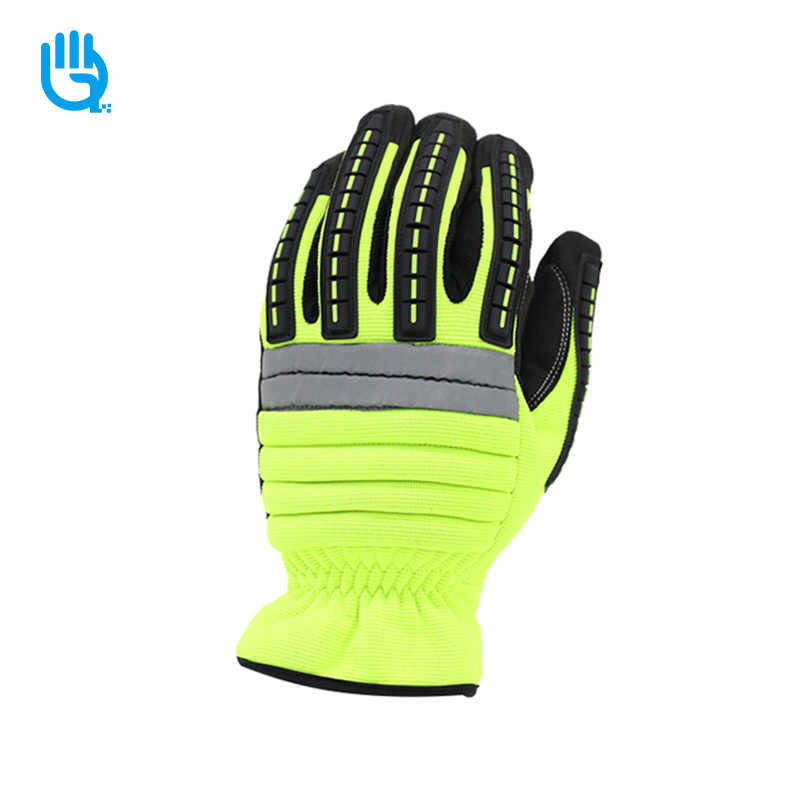